Observations of oceanic and atmospheric turbulence, background ocean currents, and surface gravity waves from fixed and moving platforms were conducted during a field cruise with the Research Vessl Håkon Mosby between 13 – 16 November 2014. The main objective of the campaign was to check the performance of different new oceanographic instruments available for the Offshore Boundary Layer Observatory (OBLO) project.

To have as much as possible control on the test deployment of the new instrumentation under real offshore conditions and to efficiently keep track of all physical processes, the test site was cjosen to be a shallow water area (<30 m water depth)) with nearly smooth topographical variations. This also assured a successful recovery of all instruments even in harsh weather conditions, and the potential use of an ROV in case of a recovery failure. After investigating wind and wave climatologies for different coastal spots in Norway, a deployment site approximately 1 km off the coast off Karmøy was chosen. The water depth at the mooring site was about 28 m, exposed permanently with (southeastward) wind together with a mixed sea state. These conditions are similar to those the deployments would encouter in the following OBLEX-F1 campaign at the German research station FINO1. Map of western Norway. The deployment site off the coast of Karmøy is shown by the red rectangle.

The following instruments were deployed at a depth of approximately 28 m with a separation of a few 100 meters between each other:

In addition, atmospheric DCF measurements were performed during the entire cruise at the front bow of the RV Håkon Mosby. On several occasions, a GoPro camera to observe white capping and wave breaking complimented the DCF system. 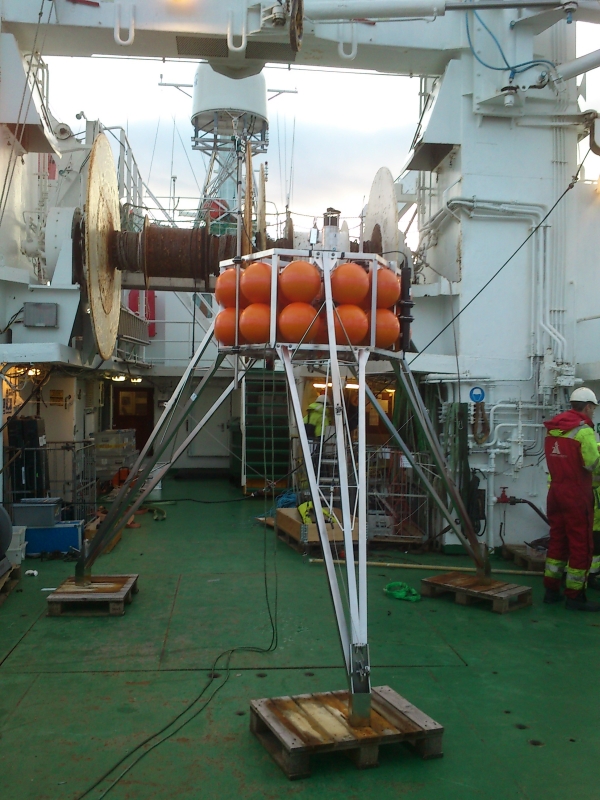 The bottom frame (LASNDER) on deck of the RV Håkon Mosby.

Free-floating buoy (LAGRAN) intended for use in the OBLO project. 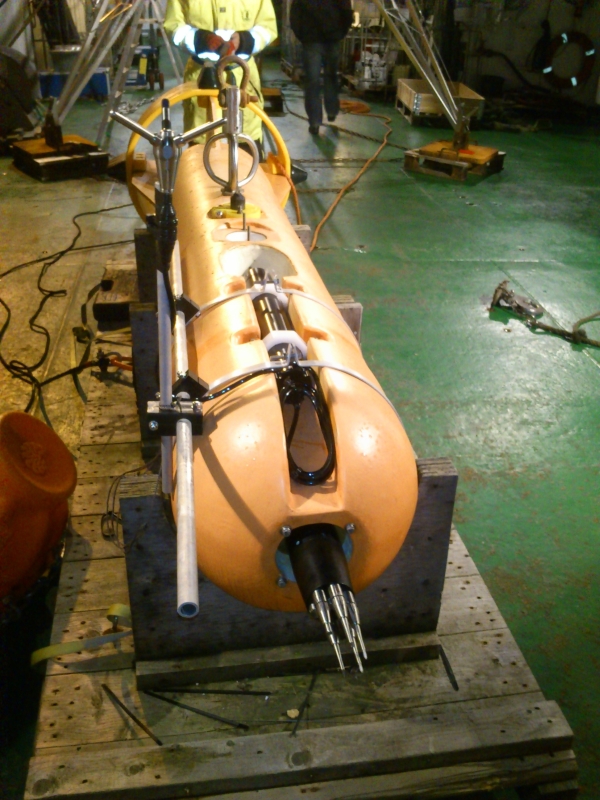 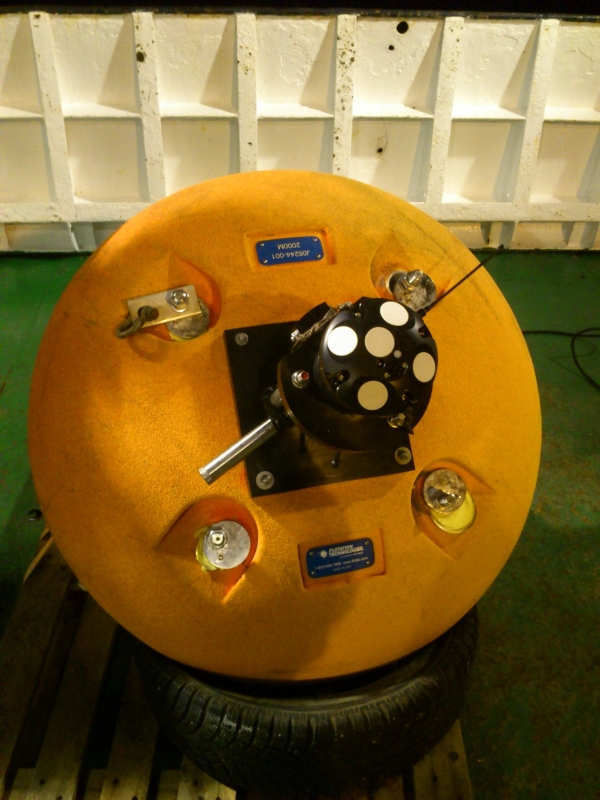 The NORCOWE DCF system mounted at the front bow of the RV Håkon Mosby.
Scroll Up